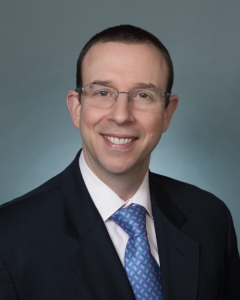 Previously of Amherst Orthopaedics in Williamsville, New York, Dr. Jay has received research awards from the Maryland Orthopaedic Association and Yale University, his alma mater. He has presented at numerous research symposiums and professional society gatherings, including the Maryland Orthopaedic Association Symposium, the annual meeting of the American Orthopaedic Foot and Ankle Society, the Yale Department of Orthopaedics Research Symposium, the Gordon Conference on Bones and Teeth and the annual meeting of the American Society for Bone and Mineral Research.

While practicing in New York, Dr. Jay was secretary and treasurer of the Medical Executive Committee and a member of the Peer Review and Performance Improvement Committees at St. Joseph Hospital in Cheektowaga.

Currently Dr. Jay serves as a part of the Medical Executive Committee for OrthoMaryland, on the quality assurance committee for GBMC OR, and has helped to establish a geriatric fracture care line at GBMC. Dr. Jay is involved in educating residents at GBMC and feels strongly about supporting the future of healthcare.

An accomplished martial artist, Dr. Jay has taught at the Martial Arts Institute of America at White Plans and Monsey, New York. In 1985, he founded the Martial Arts Institute of America at the State University of New York at Binghamton. He also holds a second-degree black belt in the art of Tae Kwon Do and was captain of the Yale University Tae Kwon Do Team.

A Message From
Greenspring Surgery Center

Our goal at Greenspring Surgery Center is to protect the health of our patients, staff and community.  We are closely monitoring the latest information on the coronavirus illness.  We encourage everyone to follow the latest information from the CDC to prevent the spread of infection. If you have concerns or questions about COVID-19 or are exhibiting symptoms, please contact your primary care provider.